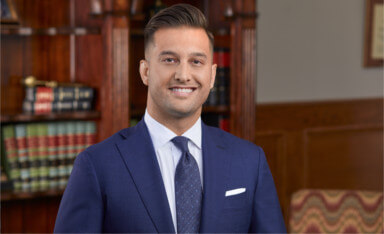 Brad Zimmerman is a native of Atlanta. He graduated from the University of Alabama with a Bachelors Degree in Criminal Justice. While attending the University of Alabama, Brad was an active member of Sigma Alpha Epsilon Fraternity, where he was elected Risk Management Officer. Brad received his law degree from Atlanta’s John Marshall Law School in 2012. While at John Marshall, Brad was elected to the Student Bar Association.

Brad feels very passionately about the importance of giving back to his community. Brad is an active member of the International Dyslexia Association, a non-profit, scientific and educational organization, dedicated to helping individuals with dyslexia, their families, and the communities that support them. Additionally, Brad gives educational lectures at Wesleyan High School on legal issues that affect teens.